Time is a common factor in life. No societal human activity can take place or happen without some engagement in order that is related to what is referred to as time. Some believe that nothing happens without time, some think that time maybe doesn’t exist.

For ‘crowd’s’ desires to manifest what has made them to gather in tangibility or form, that mindset of ‘individuals’ ought to invent a regulation on consumption of given duration, in the process of forming that group, fit for that purpose. For new creations: there needs to be suggested, that an allowance for the thought that time began with that creation, to begin its time in the physical. Civilizations, organized or disorganized, will end if not serious about its chronology of traditional trace to their roots and plan counting forward. Simply as said before, ‘any man or woman who no longer pay attention to their age, has no desire to live a notable life.’

In these artistic depictions of said communities the artist intends to engage in crowd mentalities of openness, will, and drive to move as the energy in the subjects of the artworks, utilizing time as our main resource and source.

Humans tend to flock together in large numbers when there is a common urge or desire. Like a ceremony, behind these images there is an urge to state that in the opportunity of these mass collectives, crowd mentality can be based on preservation and expansion of humanity in unity.

Inspiration for this process is drawn from memory of lived experiences and imagined occurrences. These artworks resemble a similar thought process that which we have gone through, a scenery of diverse conversations, sequences and pattens.

Asanda Kupa’s (b.1981) work is intended to show curiosity in the experiences formed communities presenting themselves as crowds. Born in Molteno – a semi-rural village in South Africa in the province of Eastern Cape – Kupa’s scenes depict the chaos and energy of order in disorder of life for many of South Africa’s majority, the black population, whom part of, a life that is defined by struggle and by lack of access to basic resources and information.

Kupa lives and works in Johannesburg and frequently returns to his childhood home. He holds an N.Dip in Fine Art from Walter Sisulu University. Between 2009 and 2011, he resurrected the Molteno Museum. He was the recipient of both the Ann Bryant Young Artist of the Year award (2010), and the Cassirer Welz Award (2013). He was also awarded the Eastern Cape Provincial Cultural Award for Visual Art 2018. His work sits in several important collections, including The Southern African Foundation for Contemporary Art, The South African Art Bank, Spier Art Collection as well as private collections. 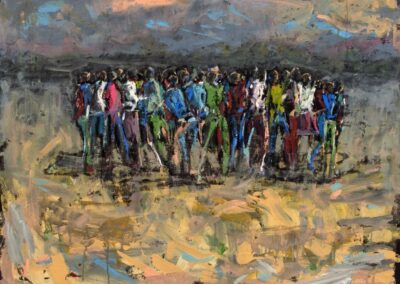 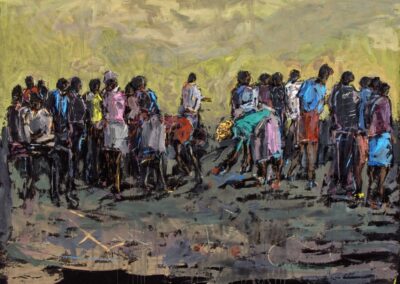 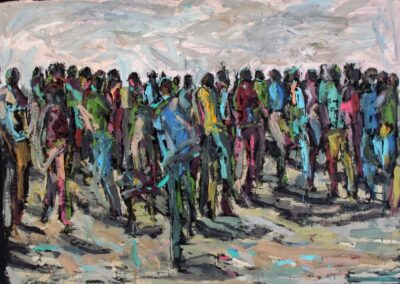 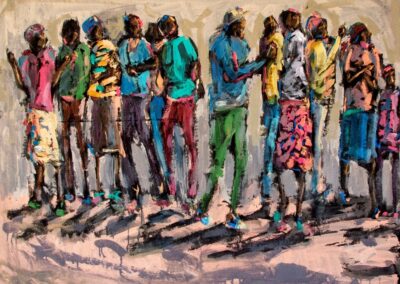 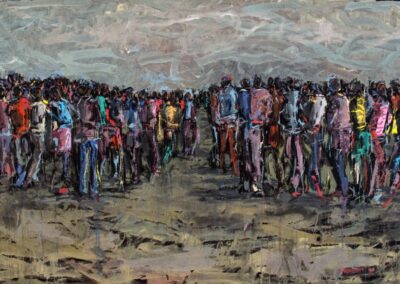 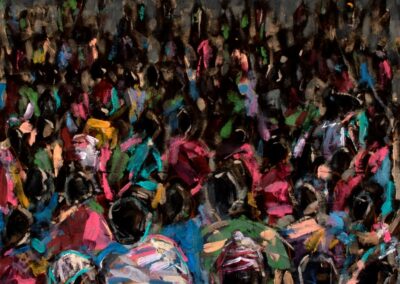 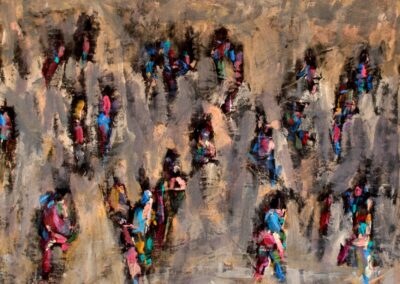 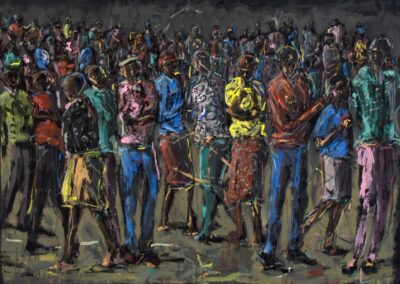 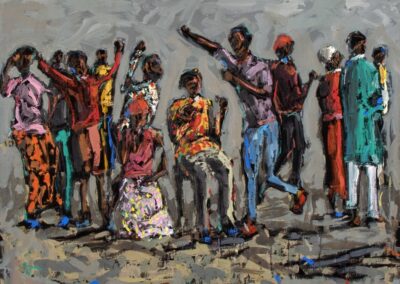 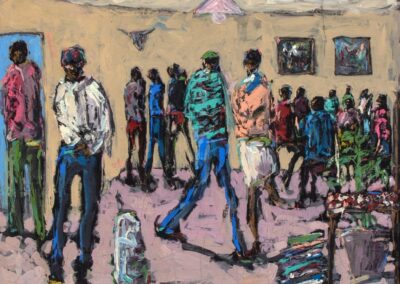 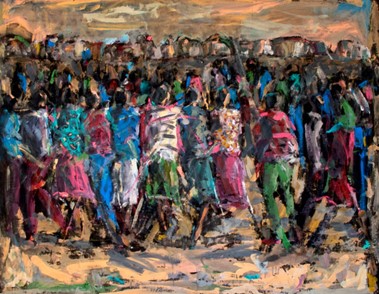 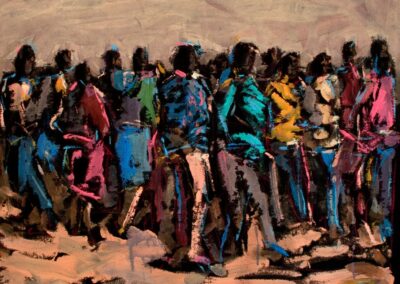